When I told my Japanese teacher that I was going to Japan, his first recommendation was ‘BookOff’. He said that it was his wife’s favourite place when they visited a few years ago. Every Japanese lesson leading up to my trip he would remind me – visit BookOff! So that’s exactly what I did…four times! BookOff has locations throughout Japan, the ones I visited were in Shibuya, Shinjuku (East Exit & West Exit) and Ikebukuro. I would think my Japanese teacher is looking not to get paid, cause these visits almost sent me broke.

BookOff is essentially a second hand store. Traditionally it stocks books, but now stores can have anything. Some stores specialised in DVDs, Games and CDs, others have anime merchandise and other clothes. I’ve even seen second hand playstation being sold there. The one catch is that to sell anything to BookOff it must be exceptional condition. Pretty much, as you bought it condition. BookOff is also a tax free shop!

Stores for BookOff have also opened in the USA and France.

My first visit to BookOff I managed to score the complete (current) set of ‘Shirokuma Cafe’. You may remember that series from my visit to their themed restaurant in Takadanobaba. I had seen the manga listed as a good one to start with when you are learning Japanese, so figured I’d give it a shot. I read through the first page (with a little help from google translate). It’s such a wonderful feeling when you can see all your hard work come to fruition.

While at Ikebukuro I managed to pick up the Hatsune Miku project Diva f (their first PS Vita game) for about $20. I later saw this in Shinjuku BookOff for $10 (so sad!) I also picked up a CD from a game that has a really wonderful soundtrack called Ken ga Kimi. 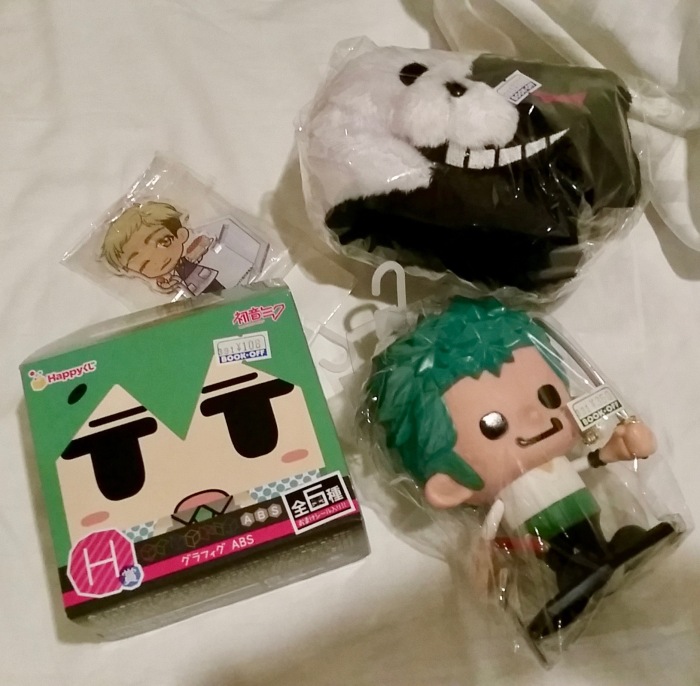 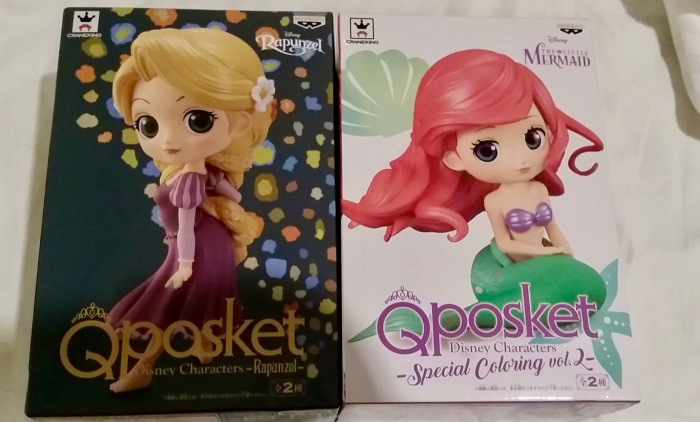 My final haul is all from the Shinjuku West exit store. I almost got stuck in there, I explored the shelves time and time again, each time finding something new! My first buy were three otome games from their first level. While these games are completely in Japanese, like the Shirokuma cafe manga it’ll motivate me in my studies. They were also incredibly cheap, I got all three for what the price would be for one in Australia!

My other finds were on their figurine and collectibles floor. As I was walking the shelves I spotted the two Qposket figurines and knew I had to have them, together they were about 2000 yen. I was in Akihabara a few days later (post coming soon!) And saw the same figurines for 4500 each! I also picked up a few small things, the giant Zoro statue is for my friend (350 yen), the Miku box was only 100 yen and the other two were roughly 200 yen each.

If you are a big anime & manga fan and watching your money I really recommend going to BookOff! Not only is everything ridiculously cheap but you can also faind some great stuff which is no longer sold in other stores. I will definitely be visiting again towards the end of my visit to see if they put up any new stock!